Special thanks for Bryan at Asian Film Fans and Well Go USA for the preview video this review is based on.

Miike is a like a god in Japanese cinema. Some of his titles are the most influential of this generation – from Audition, Dead Or Alive Trilogy and Ichi the Killer. His yakuza movies are some of the best in the genre – Ichi the Killer, Gozu and even a film of the Playstation game Yakuza called Like A Dragon.

His thriller Lesson of the Evil is one of my favourite films, but since that film I haven’t seen anything from him until this – First Love. Another yakuza inspired black comedy action film where style takes a front seat over substance.

Read on to find out what I thought of First Love.

First Love tells the story a few groups of characters whose live become intertwined over one long Tokyo night. We’ve got the Boxer Leo, a drugged out prostitute called Monica and her handlers Julie and Yasu. There’s the young yazkua member Kase and his corrupt police officer friend Otomo. Then there are the two warring gangster sides – the local yakuza group and the Chinese triads. 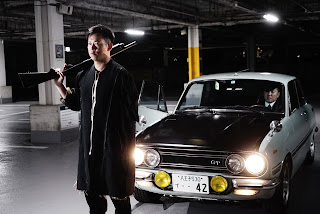 Kase gets a hot tip about a drug shipment that Yasu is receiving. Along with Otomo, they devise a plan using Monica to steal the drugs and split the score. Things don’t go as they should, and while Omoto is walking down the street with Monica, she starts having withdrawals and hallucinates. Screaming for help, Leo the boxer happens to pass them both and instinct kicks in. He floors Otomo with a right hook and runs off with Monica to safety. 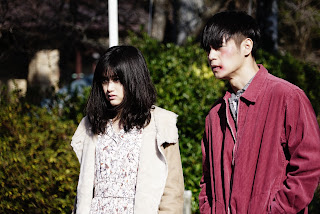 Eventually, the yakuza work out that Yasu has stolen the drugs, and they want them back – chasing after him, Otomo, Monica and Leo. If there is one thing the movie does right, it’s tell a decent story that blends all these characters together. It’s smart writing, allowing the audience enough time to get to know all the minor players, and more time to get to know our two main characters – Leo and Monica.

What the movie doesn’t seem to get right is the rest. The first 15 minutes are rather pacey, setting an expectation that this will be a fast film with lots going on – but that grinds to a massive halt around 30 minutes in when all the characters start getting involved.

From then on, you’re expected to keep up with the everchanging flow of the film. Are we watching Leo? No, we’ve just cut to the Chinese gangsters. Why are they involved again? Whose this guy fighting Kase? Whoops now we are back to the Otomo the police officer. This doesn’t feel very Miike at all.

And this kind of energy is kept up all the way until the end. Which means if you got sick of it at the half way point, there is no recovery in sight. The finale, set in a massive hardware store whose layout doesn’t seem to make any sense, ups this frantic energy to the max, constantly switching between characters until you just sit back in your chair and decide to give up following along. It’s a disappointing ending to a movie that started off with some potential. 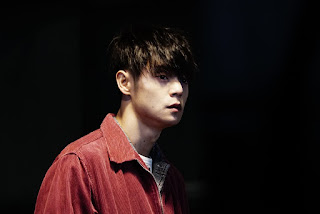 To top it off, I didn’t connect with any of the characters in the film. Not one of them is remotely likeable. Leo is stoic because he thinks he is going to die of a tumour, Monica’s constant hallucinations are more grating than funny. Both gangster mobs are full of inept characters whose volume rises from mute to ear bursting and back at the drop of a hat. But perhaps the worst element of the movie is the character of Julie. Her scorned woman persona, mixed in with an unhealthly bloodlust and vile personality, drag down each scene she is in. Spoiler alert – I was most satisfied when her character met her ending. It meant she wasn’t going to be around to ruin another scene.

There are redeeming elements to the film that don’t make it a waste of time to watch. The little comic segment is a nice touch that’s used to cover up a rather silly plot hole, the editing of the film is great and its nice to see a movie with no wobbling hand held camera work. But they’re not redeeming enough features to recommend this film to anyone other than a die hard Miike fan or someone that absolutely must watch every Japanese film made.