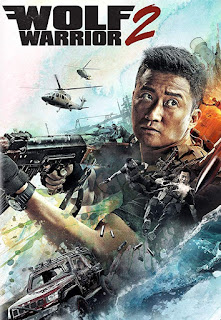 Have you ever wondered what it would look like if China decided to make their own Rambo film (Rambo 3 or 4, not the first Rambo, don’t be silly)? Well wonder no more – China would like to present to you: Wolf Warrior 2, the supposed sequel to Wolf Warrior.


This film is so patriotically up itself that eventually you expect the cast to start vomiting Chinese flags everywhere, and the worst part is the movie makes no apologies for it. 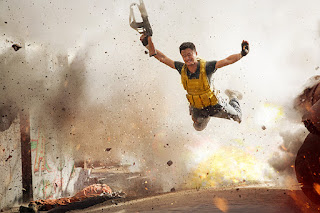 
Its clear there’s been a huge shift in cinema over the last 10 years. More and more ‘American’ movies cater to the Chinese audiences, and eventually China was going to start making films that they could market and present overseas. Your honour, I would like to submit the following movie into evidence to back up my claim.

This movie has the clear intention of trying to convince someone (local audience? International audiences?) that China is really the good guy. And I am not suggesting they are bad guys, its just that this whole “good guy” scenario in this film is so far fetched its farcical. Some key lines in the movie to prove my point include: “China is part of the UN, don’t attack the Chinese”, “We can’t assist in this war, we don’t have permission from the UN” and “China and Africa are friends, please put down the gun” which resulted in a hilarious scene involving bloodthirsty murderous rebels calmly laying down their arms and walking away. 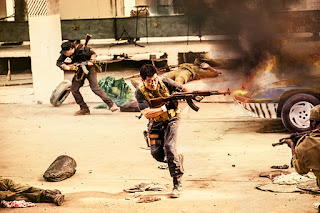 Plot? Something about a super awesome Chinese soldier who was discharged from the PLA (Liberation Army) for assaulting a civilian (who rightfully deserved it) ends up in a made-up African country as a merchant. A civil war breaks out, he finds refuge in the Chinese embassy (which JUST HAPPENED to be down the road), identifies himself as an ex-soldier and volunteers for a suicidal mission to save the brilliant Dr Chen – who is a doctor that everyone wants due to the fact that he has developed a cure for a mysterious disease ravaging local villages.

Also Frank Grillo is in it – he is the guy from one of The Purge sequels. He plays a bad guy – because that’s the in thing in China – to have Americans as the bad guys. 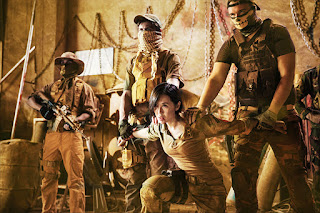 Jing Wu plays Feng Leng, the main character. He is also the writer and director. And he has made sure that everything in this movie is over the top ridiculous. By the end of the movie, he should have died no less than 15 times, but he seems to be some kind of super human with a super movie budget where everything you can think of that could happen in an action movie happens. Everything.

This movie is so stupid you must watch it. Its over the top reminiscent of 80’s American action films, with bad acting, massive effects, stupid story and unbelievable ending.

HEY AWESOME PERSON! Did you like this review and want to watch the film? You can buy it using the links below - just for clarity I will get commission if you buy it. Enjoy: