The Night Comes For Us 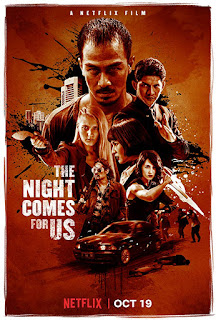 Back in 2011 a little movie called “The Raid” was released, and all the action movies lovers around the world collectively lost their minds over how amazing the film was. Almost 100 minutes of non-stop action featuring a relative new comer to cinema called Iko Uwais. He performed his own stunts and injected his unique martial arts style into the film spread out with some heavy gun play. It was fast, it was action packed but it was easy to follow and easy to enjoy. He was on his way to becoming this generation’s Jackie Chan.


Fast forward to 2018 and Iko has now been in a few movies, including Star Wars 7 and it seems that he’s bored of being the good guy because this movie really mixes up the roles for him. It’s worth noting that this is Iko’s second collaboration with director Timo and I hope that it’s the last one. Their first collaboration ‘Headshot (2016)’ was competent enough, and did feature some breathtaking action, but this spiral into extreme gore and violence is a little concerning.

This movie pulls no punches – so if you’re squeamish or are after something a little more thoughtful then this isn’t the film for you. It starts off with an execution of an entire village sans one little girl who’ll end up being of the main players of this film and then discarded towards the end as the writer and director struggle to keep her relevant to the plot.

Plot wise, the movie tries to hold together some kind of story involving the Triads control of drug and people trafficking in South East Asia by using an elite hit squad of six highly trained killers. One of those 6 is responsible for the village massacre, however he takes mercy on the little girl and ends up killing his squad instead. The main Triads find out and set a bounty on him, and also task his once-gang member ‘brother’ (Iko) to hunt him down too with the promise of controlling the Macau casino nightlife. 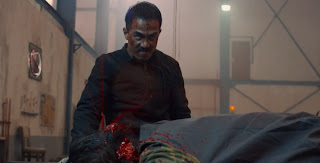 In reality the plot is utter rubbish, and is just the catalyst for the ridiculous and non-sensical action scenes that follow. Don’t get me wrong, I love action movies – but at least have some sense of realism and plot device. I am getting sick of this new trend of having heroes that are just bullet and stab sponges (I blame video games for this) whose injuries don’t actually impact on their bodies ability to function. I am sick of the highly trained female assassins who are ‘unstoppable’ and can kick the ass of people 3 or 4 times their weight and height. I am sick of the excessive use of blood and gore in action movies where they are trying to hide the fact that its all they have – there’s nothing really left to see here. Although I will admit there is some brilliant choreography and camera work, and this would have taken a bit to rehearse and film.

Perhaps this movie does appeal to the Xbox Gears of War generation, perhaps that’s what the filmmakers were going for. It definitely seems like it’s appeal is to the US audience and no one else, as I can’t imagine too many Indonesian’s picking this movie over The Raid.

I hope Iko gets his movie career back on track and relies less on these gorefests.
Posted by Arty Dans at 17:05